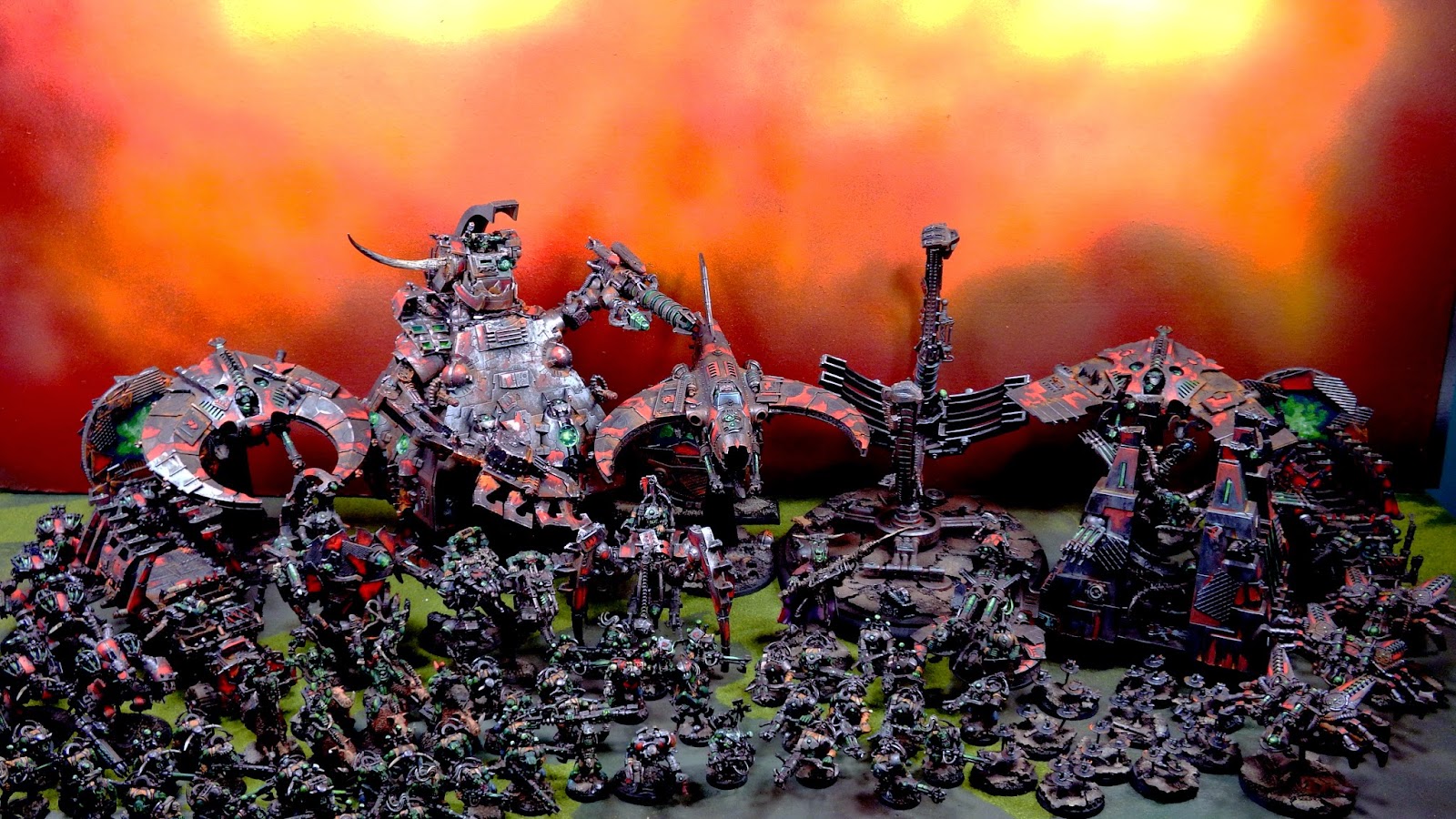 Greetings fellow wargamers! Caleb with White Metal Games here. This article deals with a collaborative project recently undertaken by my studio and another miniature painting service. 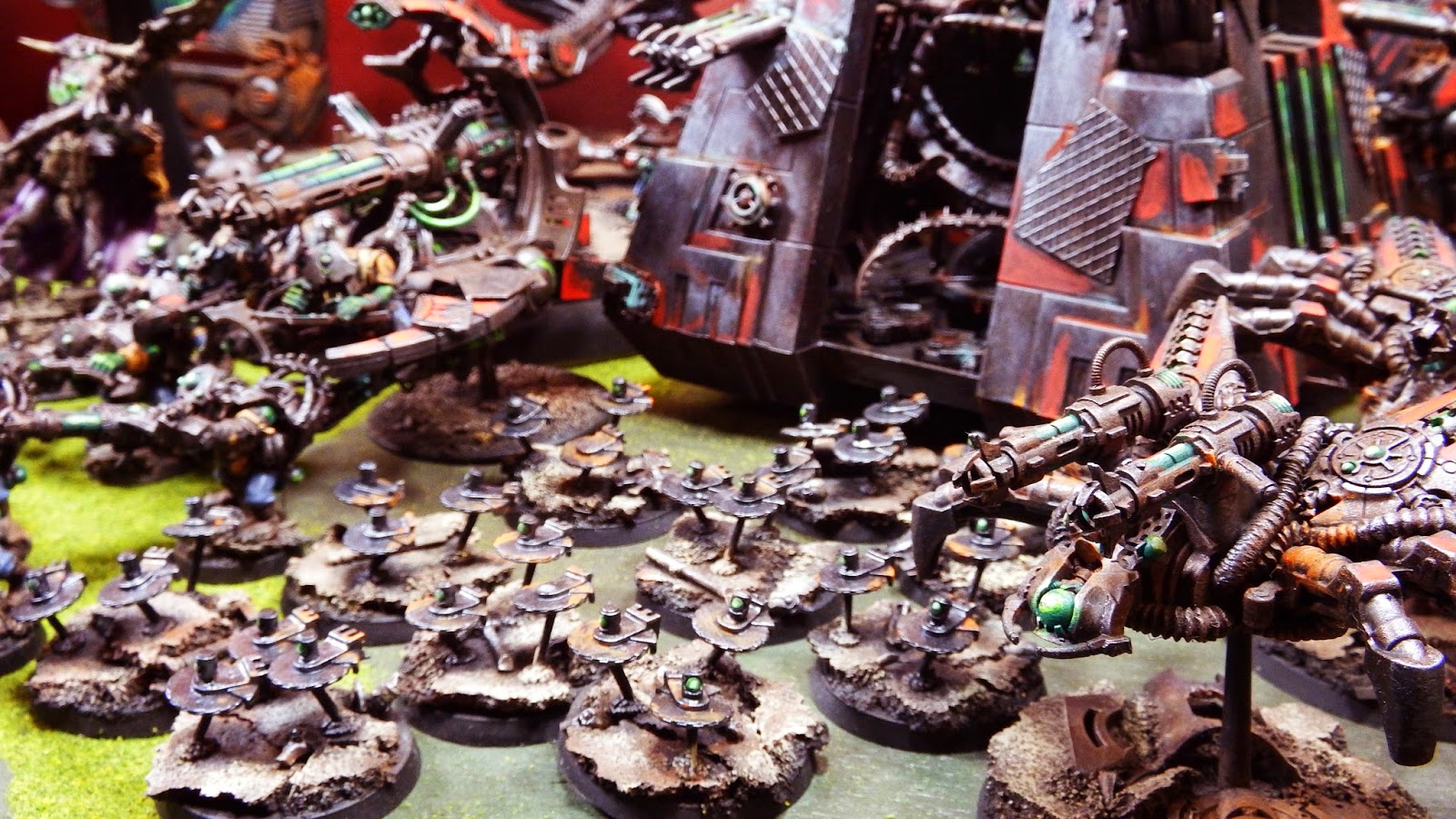 The project began as a simple idea to build a looted ork army using a combination of Necron and Ork kits. It was a big project, and I knew I was going to need help to see it through.

As a hobbyist I've always had a soft spot for the Orks in the 40 K universe. The idea that Orks can loot anything has always appealed to me. I'd seen looted Necron vehicles before but never had I seen an entire army dedicated to the theme. 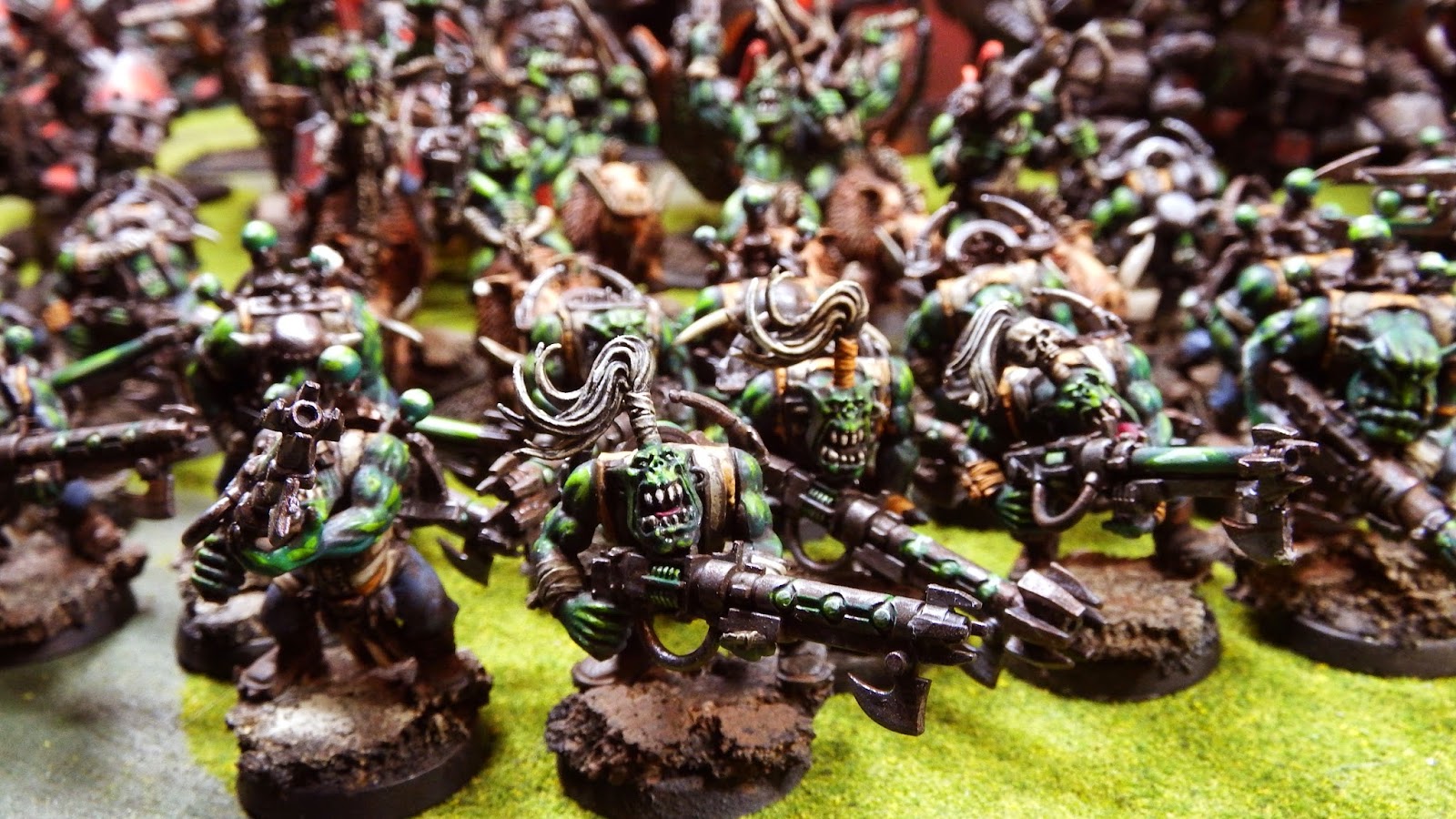 Most of you know the work of Thomas Reidy, a.k.a. 'Goatboy' from Full of Monkey painting.  His style of art, dubbed 'graffiti painting' by some, is both unique and easy to spot on the table.

I had mentioned the idea of the project to Thomas and he was on board from the get-go. I have collaborated with other miniature painters before, but never on such a grand scale and for such a large project. Thomas and I discussed the project in detail before commencing. 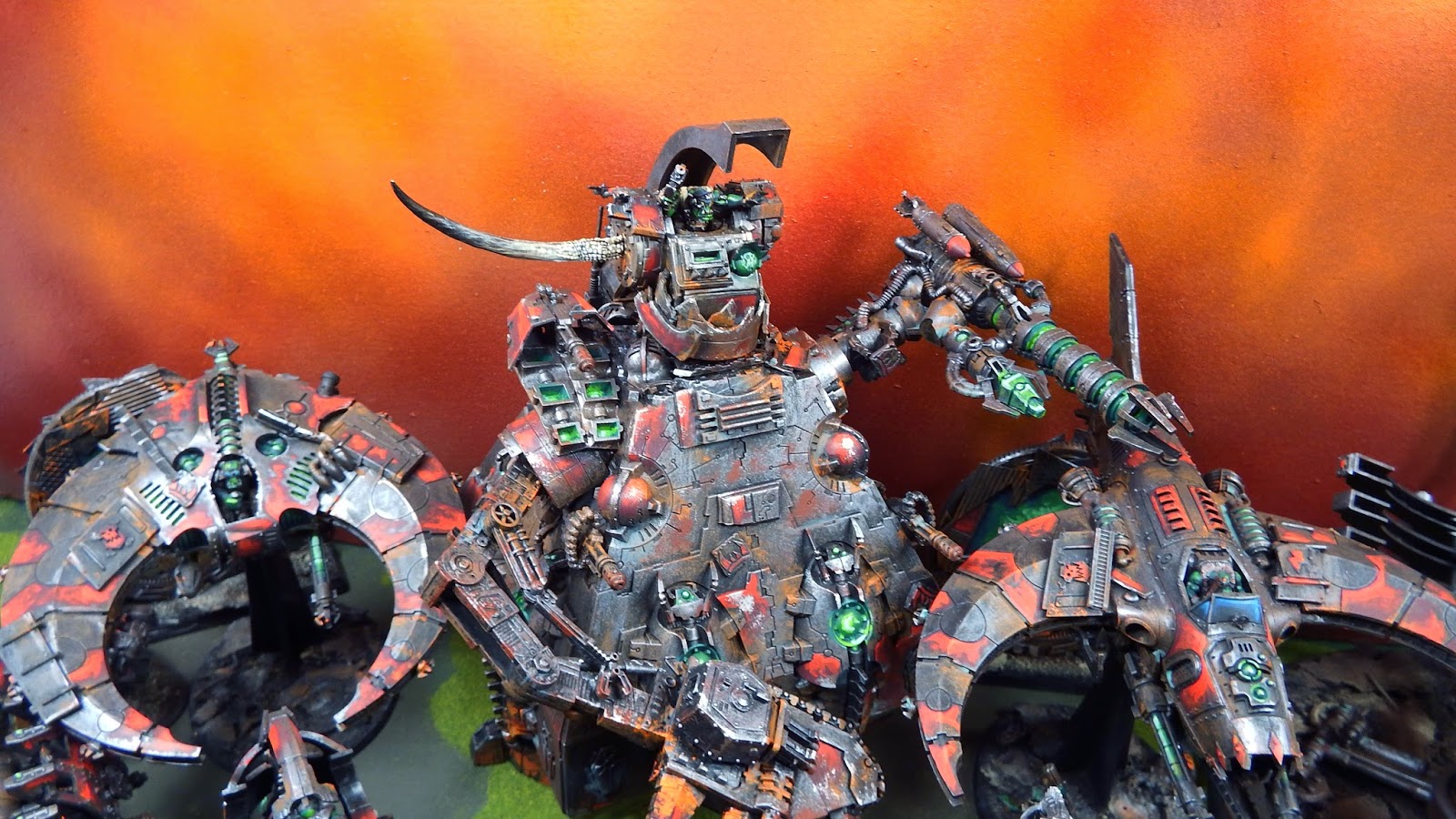 We both knew what was expected of the other: I would build and kit bash the army combining a variety of kits and Thomas would handle the painting aspect. Since I'm not an active tournament player myself I asked Thomas for help in developing a semi competitive list that would also allow me plenty of opportunities for kit bashing madness.

Working together we came up with a list for the army and I added a fun sideboard that would allow the force to be used in games of Apocalypse as well as unbound armies.  I knew the army could also be appealing to players who liked to compete, as it gave them a strong solid force, but also gave them an extensive list of options for substitution and trying out new winning combinations. 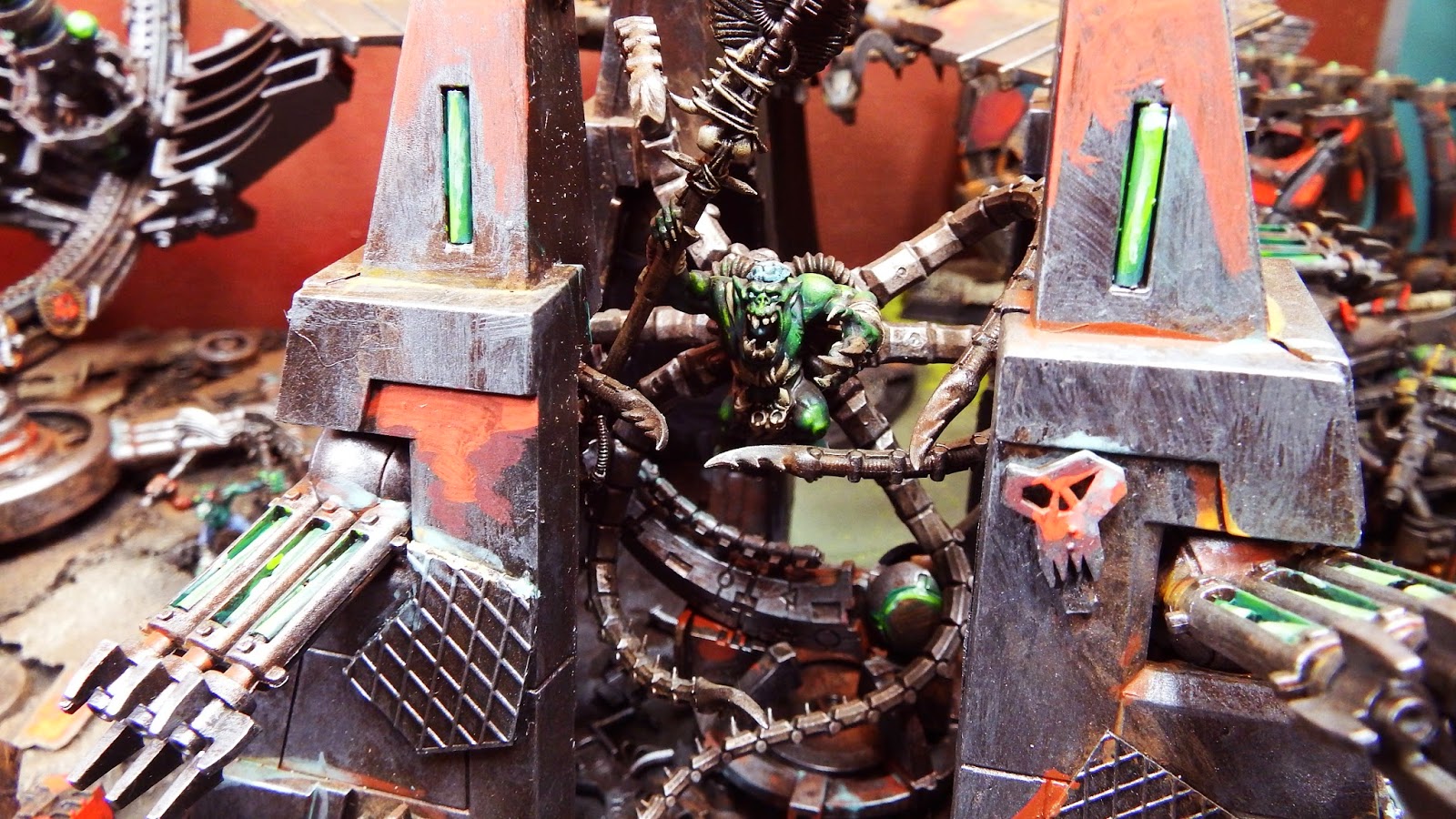 Since the army has been completed the new Necron Codex has sense come out again, and this allows players a variety of new options. 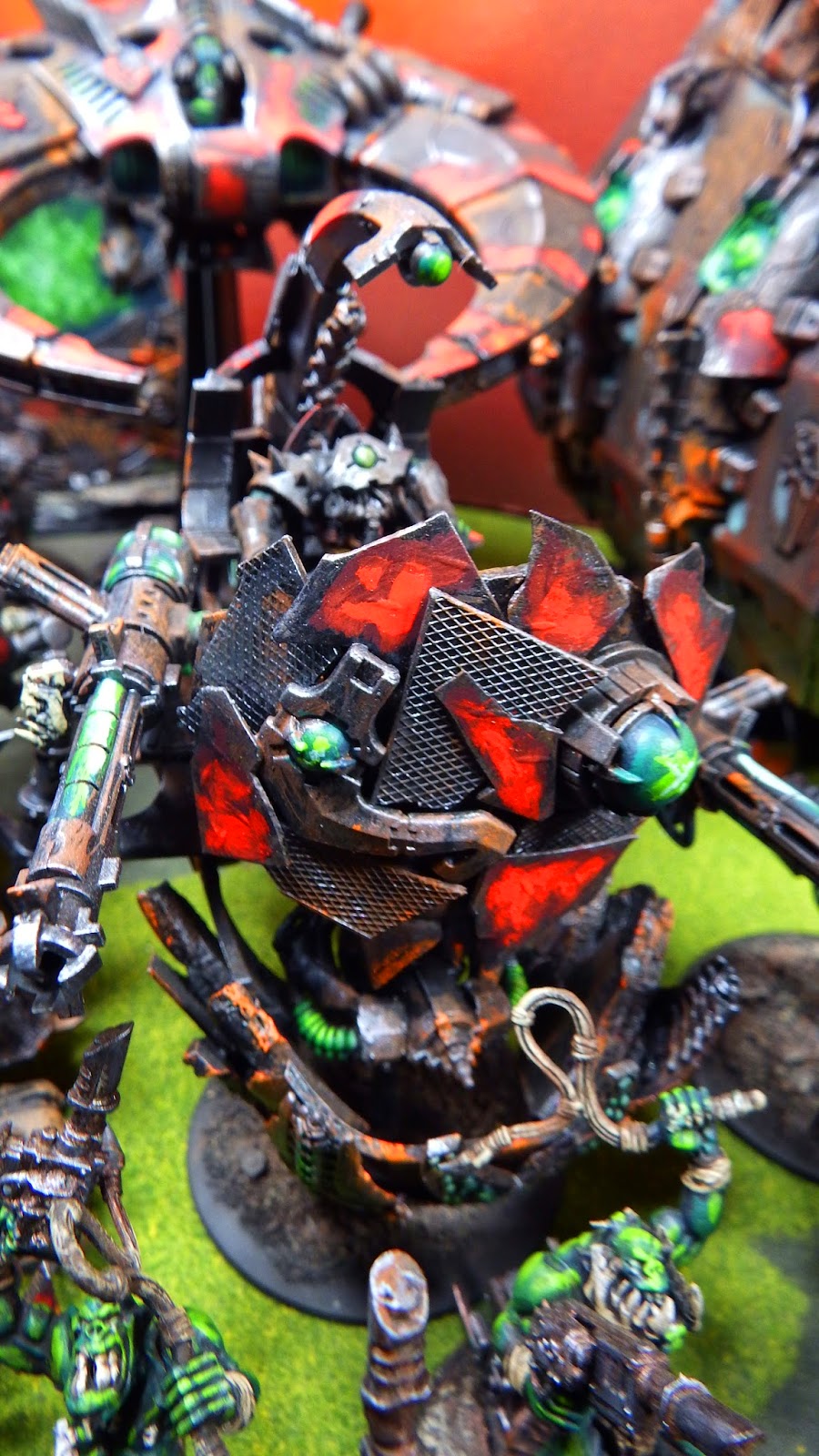 From a collaborative standpoint the biggest challenge we actually faced was not artistic license, but rather life events. In the time since the army began Thomas welcomed a new son into the world. This blessed event delayed completion of the army but not by much as Thomas is a workhorse.

In addition both of us had regular clients to contend with, as we endeavored to keep our commissions flowing and our paint que low despite this large 4000+ point army on our workbenches.

The army is currently for sale on eBay, and I'm entertaining all best offers. This was a fantastic project to work on and I'm very excited about our next collaborative effort. 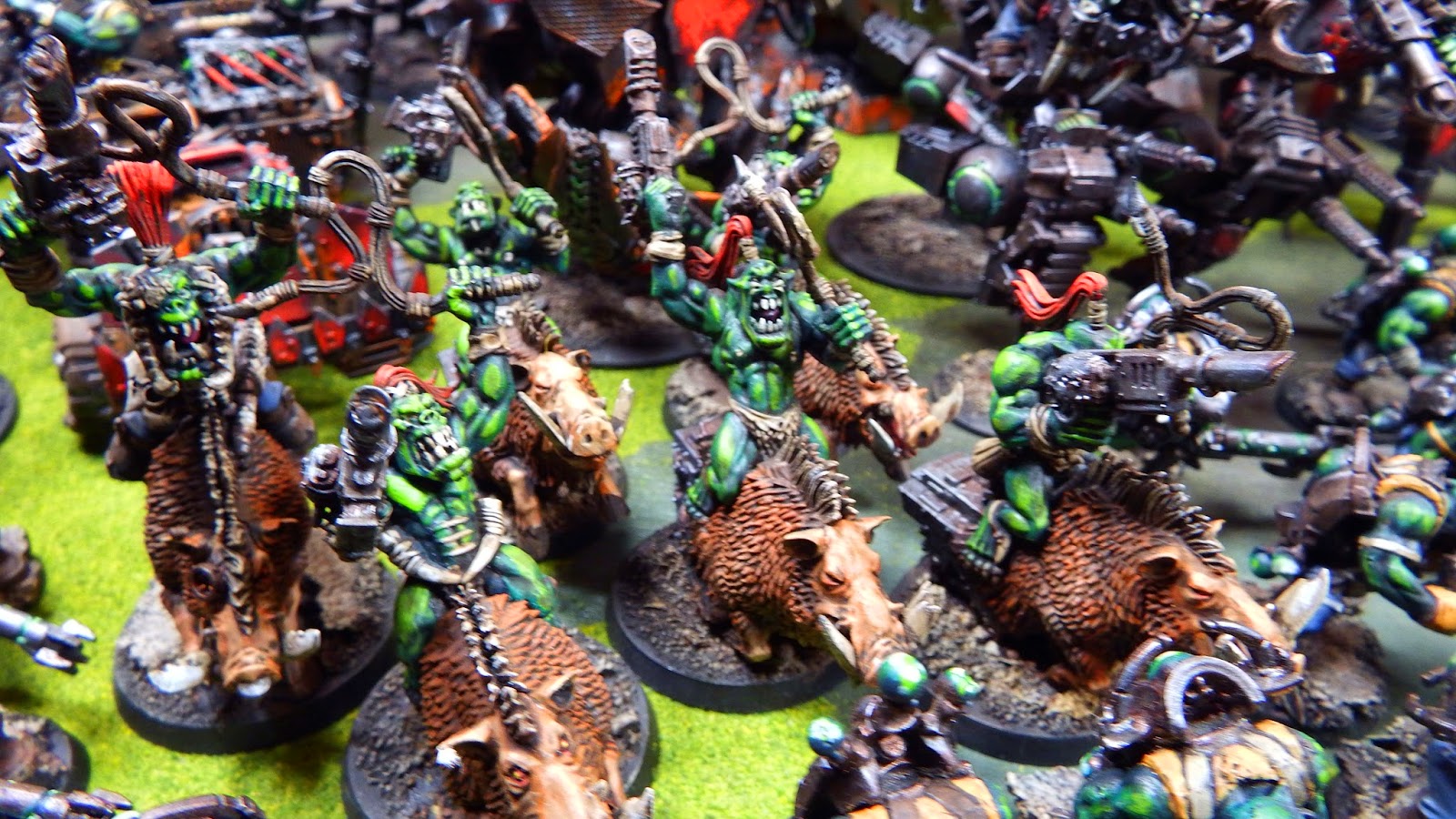 As mentioned before, unbound armies really allow the hobbyist to do what so ever they choose. I've had lots of ideas for new projects since beginning this one, the possibilities really are endless. Some of the ideas we discussed include a Werewolf themed Space wolf army, a true Genestealer Cult army featuring Astra Militarum and Tyranid forces, and a Kabuki themed Eldar army.

If you love his style of painting, be sure to check out more of Thomas' great work at Full of Monkey Painting. You can also check out more of my fun kit bashing projects on my facebook page. The creative spark is something that is unique to every miniature painting service; no two painting services tackle a project exactly the same way. When you hire a miniature commission artist, you really are paying for their creative insight and that spark of inspiration. 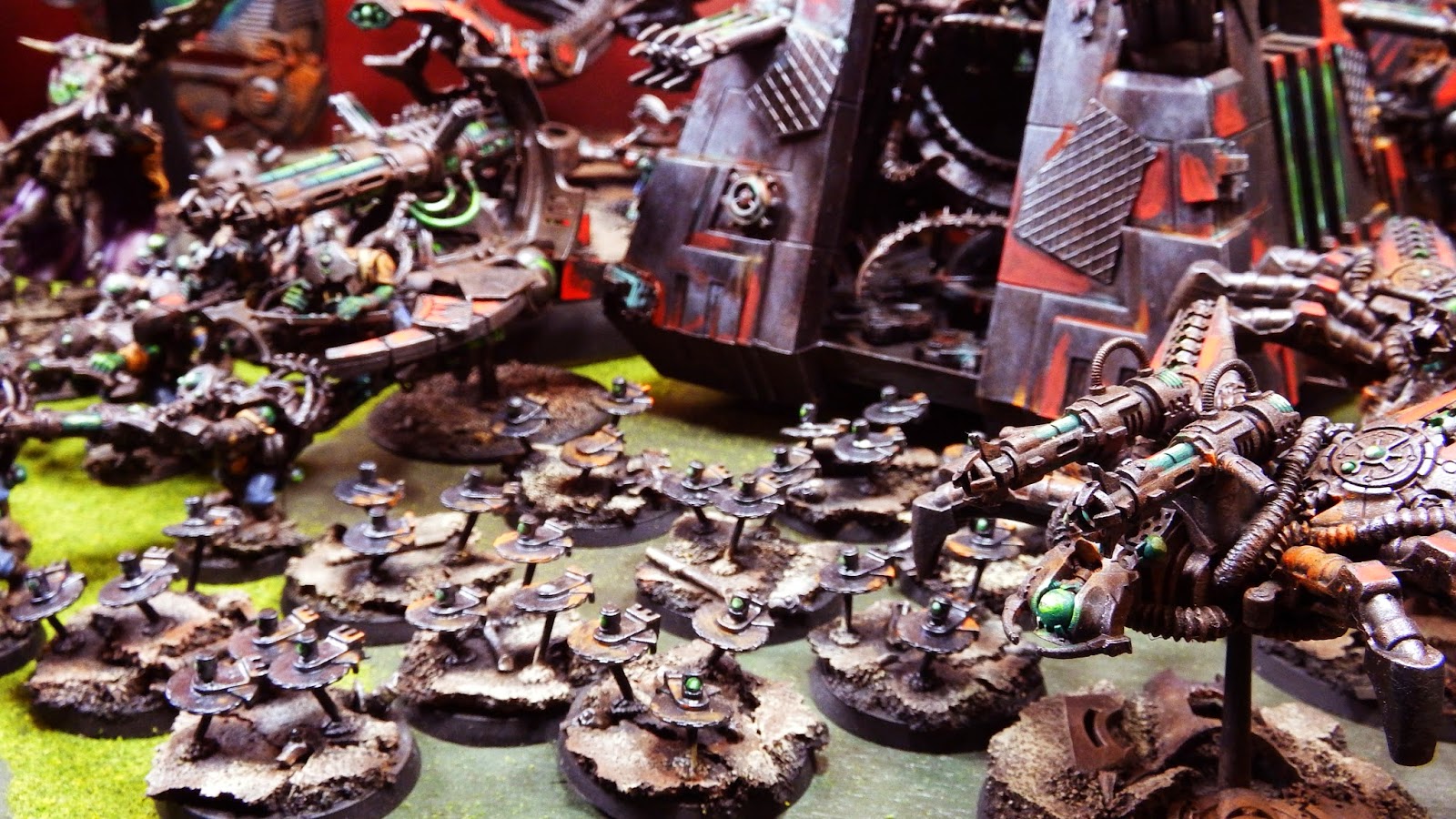 I hope you've enjoyed this glimpse into our creative outlet and I certainly hope you'll share this project with all your friends. Be sure to check out the complete gallery for this project at the link below.

Until next time, put your minis where your mouth is!

THE LIST: Over 4000 pts
Necron (with Ork suggested 'counts as' choice)