The tale of Spunky, the littlest Plague Drone!


Greetings fellow wargamers!  When GW first released their Blight Drones at the release of the Chaos Daemons codex, I knew there was conversion gold potential in the product!  My mind was swimming with visions of Fly Princes of Nurgle, Beasts of Nurgle, Spawn, and Drones!  I was struck by how similar the basic shapes of the Plague Drone of Nurgle by GW and the Blight Drone of Nurgle by Forgeworld were, in fact.  But how would they scale up?  That was the question I set out to answer . .. . 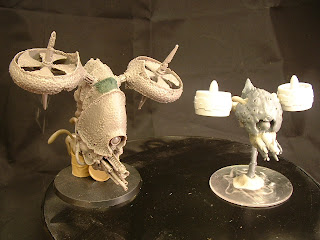 As you can see, size wise, the models are pretty night and day.  I had a sneaking suspicion going in that they wouldn't be in the same league, but alas, I had to see it for myself.  I've heard more than a few people mention the idea of buying a box of Plague Drones and turning them into a squad of whirliwigs of pestilence . .  sit your fears aside, that threat is no longer credible.  Behold, the spoils of a few hours hard work.  I think in friendly games this model would be more than acceptable, but in tournament play . . . well, I wouldn't risk it.  I'd just go the whole nine yards and buy the official model from Forgeworld. 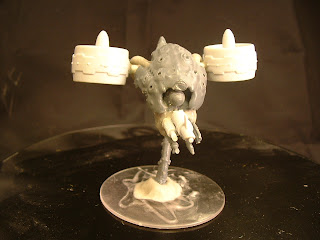 Now, that being said, a model like this DOES have it's uses.  It could make a great poor man's proxy until someone had enough money sit aside to buy a larger drone.  You could build it on your own for less than $30 bucks! (or you can just buy it here and save yourself the labor and time!) 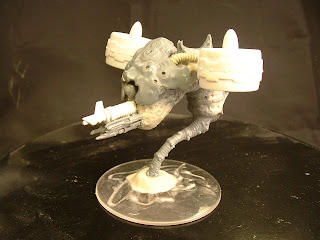 It could make an interesting 'stealth drone' maybe with a little less armor, a slightly weaker gun, few hull points, and maybe the stealth or shrouded special rule, or maybe even the scout rule!  Something to sit it apart from it's bigger brother. 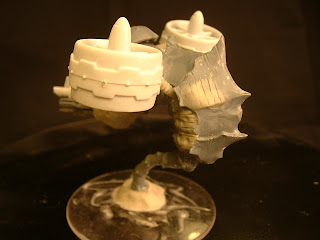 Finally, I could see this making a fun themed objective marker in a Nurgle army.  Maybe it's a prototype drone that the forces of Chaos MUST have returned to them!  . 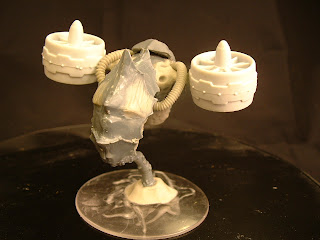 There are lots of little things I could do to this model to make it a bit more nurglified.  For example, the housings on the vectored engines could be smeared with epoxy and stippled to better match the big daddy drone.  I could have added more hoses to the under body, etc.  But once I'd answered the question of scale to scale to comparison, I felt I had done by duty to the wargaming community, and I find other projects calling my name. 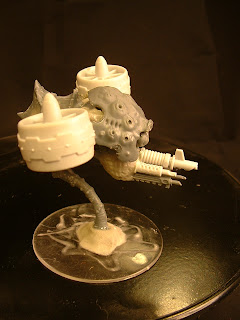 White Metal Games is a full service miniature painting and assembly service.  Check us out here! 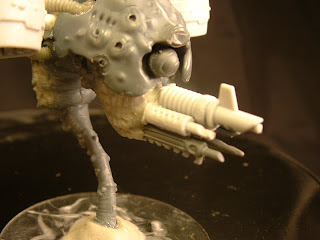 Be sure to check out our gallery of images, where you'll find thousands of interesting models like the above. 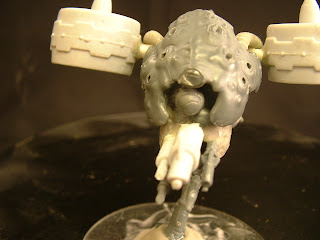 Convinced you could do better?  Well, better get your dronies!  Pick up a box from Rob here! 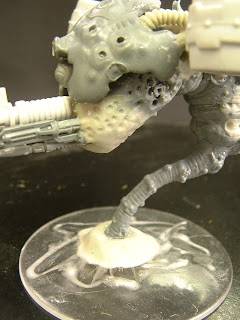 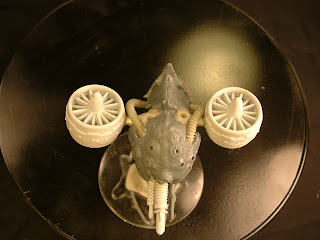