Death from Above! Chaos Daemon Prince of Tzeentch mini-diorama

Greetings fellow wargamers!  This daemon prince was the result of a lazy Saturday morning when my creative juices were flowing and I needed an outlet for them through plastic.    Over time the studio bits box has gotten pretty extensive, and I like to keep track of what I have available to work with.  I happened upon a pair of lower legs from a Fell Beast that I had used a few years ago and just had this idea to have them wrapped around the flying assault marine in mid descent.  But then I had to ask myself who these legs belonged . . . 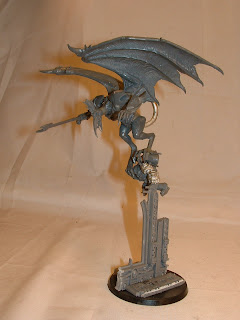 Scale wise I knew I was looking at a daemon prince, which I LOVE to build.  So I started looking around for other suitable bits to play with.  These wings are from the Chimera kit, which is a treasure trove of bits for the price.  The torso is the standard DP kit, with the exception of a hive tyrant tail that I had lying around.  The head is from the spawn range. 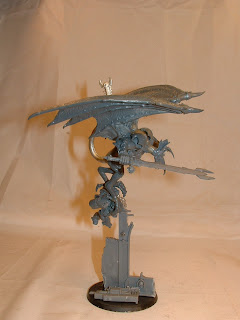 I used pins to attach the marine to the avians feets and in turn the marine to the terrain via a similar rod.  The effect is meant to confer that the two are in the middle of an aerial battle, with the assault marine on the losing end. Of course, extensive weights were used to balance the model via the base, but the model is remarkably centrally weighted.  It helps to have a good core to work around, so I tried to keep things as close to the center of the base, weight wise, as I could. 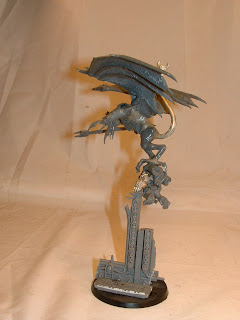 Be sure to check out more of our selected models at White Metal Games. And until then PUT YOUR MINIS WHERE YOUR MOUTH IS! 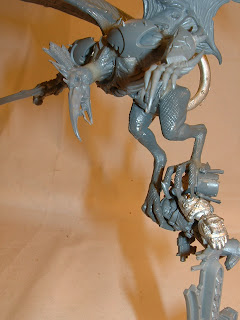 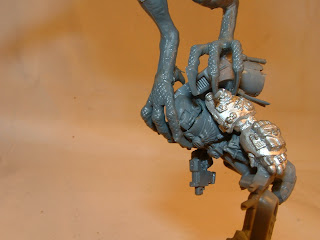 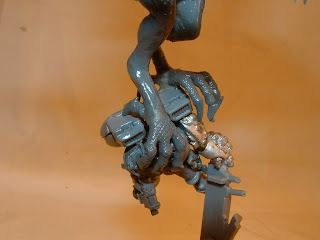 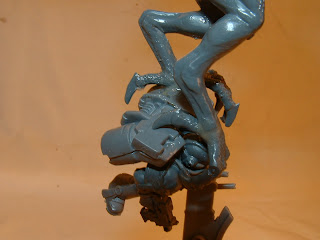 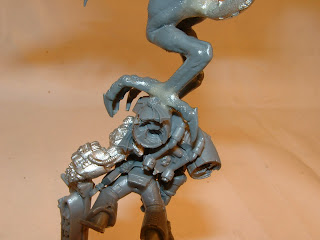 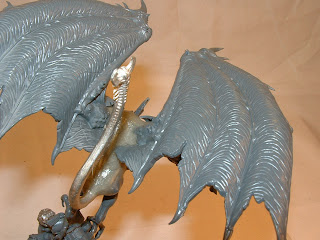 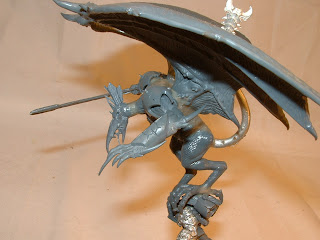 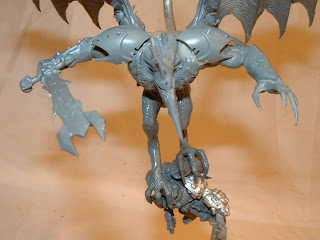 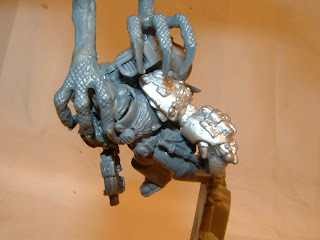 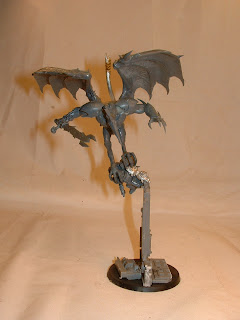